ASK THE EXPERT: Bayesian Theorem and using it to perform Sentiment Analysis 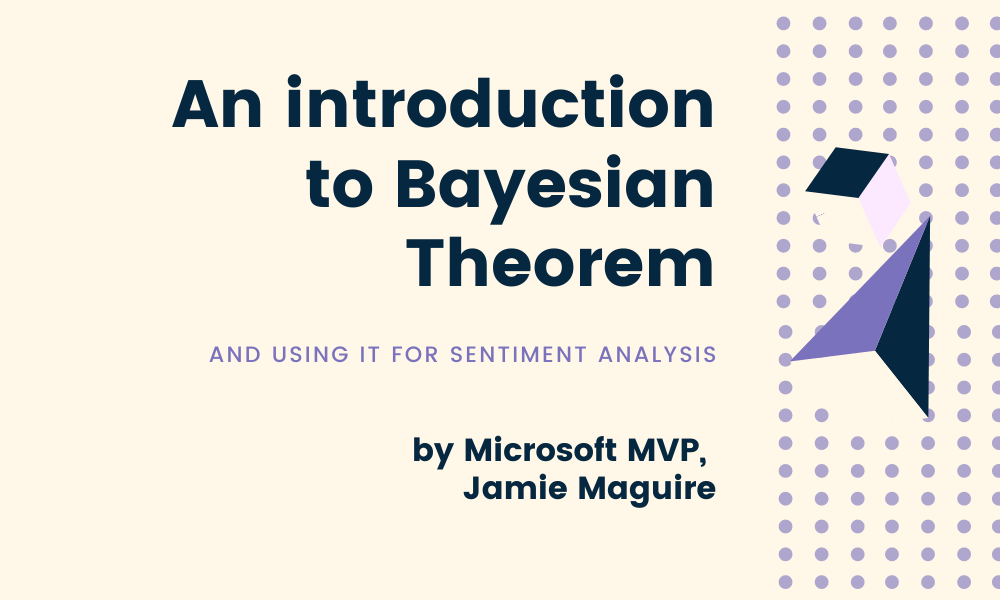 Jamie Maguire is a Microsoft MVP, software architect, and a community leader in his roles at Code Club and STEM Learning UK. In the following blog post, he’s outlined how you can use Bayesian Theory to perform sentiment analysis, while we explore whether Microsoft Azure can do this for you out of the box…

Since the inception of the world wide web users have taken to online websites and services to discuss and share things that are important to them.

For at least the last 10 years, platforms such as Facebook, Instagram Twitter and LinkedIn have grown in popularity and more than ever, users take to these platforms to express how they feel about the current news story of the day, or to rant or rave about a product, brand or service.

It’s possible to query and extract datasets from these social media networks platforms using their respective developer APIs. This can contain comments being left, user information, location data and more.

Valuable insights can be surfaced from user comments, one of which is the underlying emotion being expressed.  Is it positive? Great news if you just launched a new product!  Or, is it negative? Maybe you have a potential digital PR disaster about to kick-off!

Identifying this is known as sentiment analysis and is what we’ll explore in this blog.

Specifically, we’ll look at Bayesian Theorem and how it can used to perform sentiment analysis.

Our annual, independent Microsoft Azure report explores salaries, culture, and products in the Azure ecosystem – there’s no better way to learn how businesses are utilizing this technology.

This is a technique that’s used to arrive at predictions in light of relevant evidence.  It is also known as conditional probability or inverse probability. The theorem that was discovered by an English Presbyterian and mathematician called Thomas Bayes and published posthumously in 1763.

The Bayesian Rule itself is written like this (where A and B are two events):

Let’s break this down first for clarity:

p(B|A)
This is the probability of the evidence turning up (given that A has already happened).

p(A)
This is the probability of the outcome occurring, without the knowledge of the new evidence.

p(B)
This is the probability of the evidence arising, without regard to the outcome.

An example of Bayesian Theorem in action

We’ve just introduced the Bayesian Rule so now’s a good time to add some numbers to the rule which will make more sense!

A common use case for Bayesian Theorem is in the creation of classifiers that can detect whether email is valid, or if it’s a spam email.

Imagine you have software that looks for patterns in the subject line and body of emails and are looking to build a classifier that can identify if email is spam or is a valid email.

After some analysis, users report that:

You need to figure out the probability that an email is spam if the word “free” appears in it.

First, let’s map the data we’ve outlined to the respective parts of the theorem:

Next, we plug these values into the theorem:

Finally, after crunching the above we perform the final calculation:

Or, in plain English and based on existing data, there is a 98% chance that emails containing the word “free” are spam type emails!

We’ve just looked at Bayesian Theorem and an example of how it can be used to identify if incoming mail should be classified as spam email or not, but how does can this same approach be used to perform sentiment analysis?

At a high-level, sentiment analysis is a text classification problem where you’re looking to categorize text into either positive or negative categories.

One of the first things you need to do is collect examples of positive and negative phrases. For example, if you were looking to classify the content of Tweets, you should build a corpus which contains examples of tweets that express these two types of emotion.

After you have a sufficiently sized dataset, the next thing you need to do is to perform a data cleansing exercise. This is also known as pre-processing.

This involves a few steps and what follows is by no means exhaustive. At a high level, it’s beneficial to perform the following tasks to get your data in ship-shape:

Having the information in this format makes it easier to process and manipulate.

After you’ve successfully obtained and cleansed your data, the next step is to create a Bayesian Classifier.

Performing sentiment analysis using Bayesian Theorem involves creating a Naïve Bayesian Classifier.  This type of classifier is based on the Bayes Rule that we mentioned earlier. The classifier gets its name because of the initial assumptions that are made which may not be correct.

That said, with enough quality training data, it’s possible to make predictions with a Bayesian Classifier that hit the 70%-80% accuracy mark!

You can either write one from scratch using the formula we’ve been looking at, alternatively, there is a great one on GitHub based on Paul Grahams spam filter which is called nBayes. It’s a good classifier to get started with and it’s the one we’ll use.

Before dipping into the nBayes classifier, it’s worth mentioning some of the key classes that are used:

Index – this contains your training data. Entries are compared against each Index to check to see if they belong to said Index. Sentiment analysis will have a positive index and a negative index. – so, 2 in total.

Entry – This is a string that represents a “document” which you are trying to classify. This could be a Tweet.

Analyzer – This takes a new Entry and 2 Indexes and determines whether the Entry belongs to one Index or another.

For reference, I’ve taken a Fork of the GitHub repo which you can find it here.

To test nBayes, we need to load each Index with examples of our training data then send some text into classify.

In this code extract, you can see an example of training data being manually supplied to each Index:

In the real world you’d generally have this stored somewhere like a database that can be easily accessed.

Next, we create an instance of the Analyzer class, passing in the string we want to categorise, along with our training data from both indices:

Finally, we evaluate the result we get back from the nBayes classifier in the following switch statement:

I’ve wrapped the above code we’ve just looked at into a method called TestClassifier. This accepts a string parameter called input. It gets invoked from a console application which you can see here:

So, we’ve set up nBayes with some training data and supplied a test value. How does it perform?

In this screenshot you can the result we get back from nBayes after passing in our string:

Here you can see that our classifier has correctly identified our string as expressing positive sentiment!

A closer look under the hood in the debugger, and we can see the probability being calculated for our string in relation to the category it belongs to (positive or negative):

In the above, you can see our text has been classified with 0.99 probability of belonging to the “first” index, i.e. the positive category.

We’ve just looked at how you can leverage text classification techniques to perform sentiment analysis. There are many use cases for this technology, some include but are not limited to:

Opinion mining  – identify how your product, brand or service is being perceived online. Integrate with Facebook, Twitter or Instagram APIs to surface valuable insights. Surface this information in web services or applications with rich visualisations, thereby giving you a 360-degree view!

Corporate email – use text classification and sentiment analysis to get a feel for the current tonality of your corporate email.  Use this data to triage potentially difficult or contentious topics.

Chatbots – Are you creating chatbots? Use sentiment analysis to identify if a user is expressing negative emotion or frustration. Hand over the conversation to a human agent at this point thereby improving the user experience!

These are just some use cases that sentiment analysis and text analytics can be applied to and I’m sure you have ideas of your own!

In this blog post we’ve introduced Bayesian Theorem. We’ve seen how the Bayes Rule can be leveraged to perform sentiment analysis and looked at an open-source implementation of the rule called nBayes.

We ran through an example of the code in action and saw how we were able to successfully classify incoming text into the correct category.

Are you considering implementing text classification, NLP or sentiment analysis in your products or services? 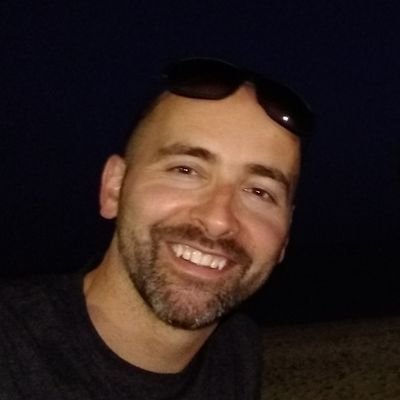 Jamie Maguire is a Microsoft MVP, software architect, and a community leader in his roles at Code Club and STEM Learning UK. He has 20 years of software development experience, which goes back to the very first version of the . NET framework.