Microsoft buys LinkedIn: what it means for you 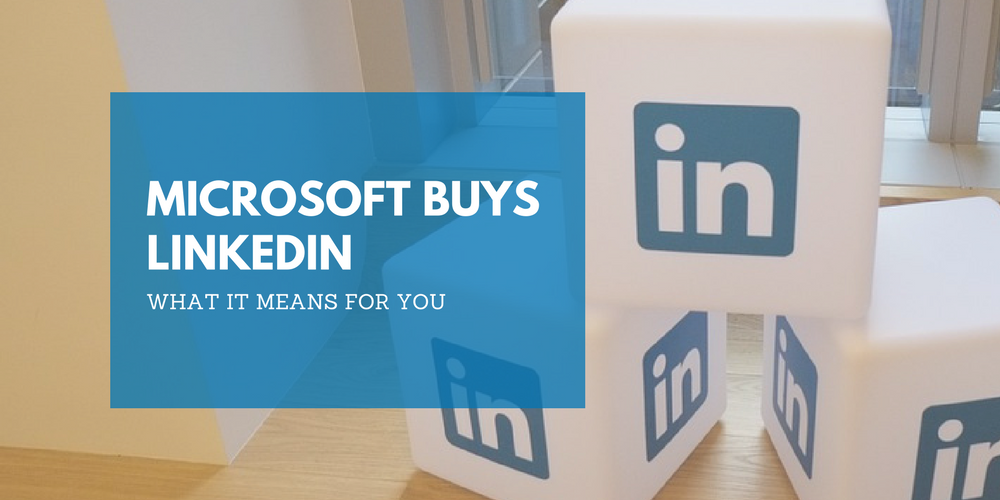 2016 has been an interesting year for the digital world.

Things got even more interesting earlier this year when Microsoft announced a merger with one of social media’s biggest platforms, LinkedIn; a merger that is reported to be worth around $26 billion.

Microsoft CEO Satya Nadella said of the acquisition: “The LinkedIn team has grown a fantastic business centered on connecting the world’s professionals. Together we can accelerate the growth of LinkedIn, as well as Microsoft Office 365 and Dynamics as we seek to empower every person and organization on the planet.”

Microsoft has so far been tight-lipped about the strategy being the acquisition, and how exactly it will use the move to empower users, or how it plans to incorporate data from the network’s 467 million members into its products.

Here are just a few ways the merger might shape the future of both LinkedIn and Microsoft’s product stable, and more importantly, their users.

Microsoft products are used by over one billion people worldwide and combined with almost 500 million people who are registered on LinkedIn, that’s a pretty huge pool of users who might now find themselves more connected if LinkedIn’s data model is somehow merged with Microsoft’s.

Bringing the two together would mean the centralization of masses of personal data, potentially enabling you to access LinkedIn information and even some features from within Microsoft products. This could bring greater engagement and personalization to business, with information such as work history, education and shared connections automatically populated for all your email contacts.

Greater connectivity can also mean more productivity. Once you combine Microsoft’s productivity tools with LinkedIn’s networking and connectivity options, the opportunity for global collaborations increases significantly, potentially resulting in better productivity for you, your colleagues, and your business.

With a huge roster of products in its family, LinkedIn data could crop up toward professional upskilling, so it would make perfect sense for them to build on those bases.

LinkedIn CEO Jeff Weiner touched on the network’s continued commitment to advancing professionals’ careers in the merger announcement: “Just as we have changed the way the world connects to opportunity, this relationship with Microsoft, and the combination of their cloud and LinkedIn’s network, now gives us a chance to also change the way the world works.”

Marketing is one of the most important aspects of any organization’s business plan. With LinkedIn’s vast data bank at its disposal, Microsoft’s CRM solutions could see a huge boost in marketing opportunities, with an increased ability to locate, distil and target their desired audience.

With an estimated $26 billion investment upon which to generate a return, there’s no doubt Microsoft already has big plans for its latest acquisition. How exactly that will play out remains to be seen, but it’s sure to be big news for the business tech world.

Register today and take the first step towards a great Microsoft career.