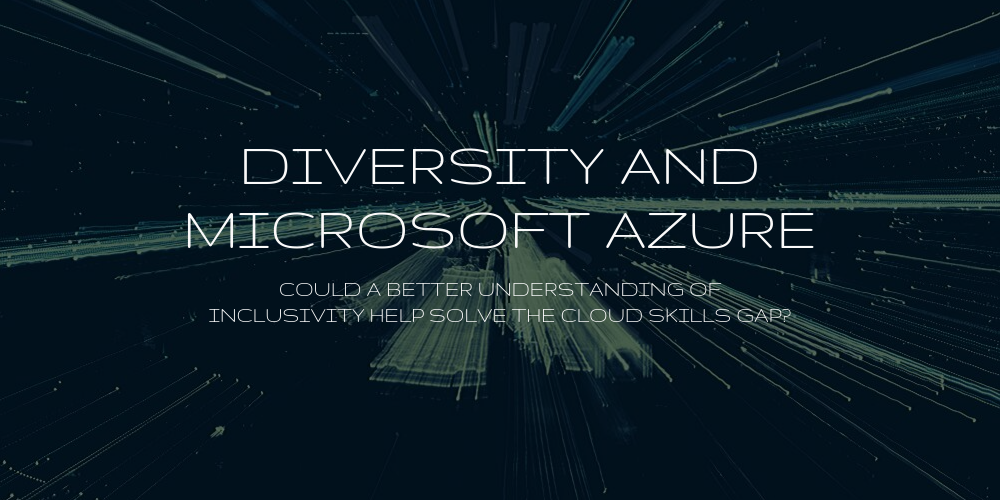 Earlier this year, we took a closer look at the issues facing the cloud tech space thanks to a timely injection of old fashioned facts and figures in the shape of our Microsoft 365 and Azure Careers and Hiring Guide – an independent study of wages, trends and, more relevantly, developments across the Microsoft 365 and Azure community.

The study swept thousands of data points over the preceding 12-month period, and demisted the view just enough to allow some rays of rationality through. What are the most desirable skills for working with Azure? How much does certification impact your salary? Is job satisfaction all that it should be?

Pertinently placed in a quote from our President Zoe Morris is a stat that should stop the industry in its tracks. “Just 10% of survey respondents identified as female,” she says. Let that sink in for a moment. Seven.

Microsoft’s latest diversity figures reveal that women make up 19.9% of its worldwide staff, and if we delve into our own Business Applications Careers and Hiring Guides from years gone by, there are signs of improvement.

Download the latest Microsoft 365 and Azure Careers and Hiring Guide!

For a map that could potentially point industry leaders in the direction that Megan Rose Dickey alludes to, all roads lead back to our 365 and Azure Careers and Hiring Guide and the diversity section.

While over half of respondents (58%) agreed that their employer had a clear diversity statement, exactly a quarter simply weren’t sure whether their company actually had one, while 12% admitted their firm didn’t have such a declaration.

“When asked if they believed if their employer paid equal pay for equal work, regardless of gender, 63% of male respondents said yes. 47% of women agreed.

Using the Nigel Frank 365 and Azure Careers and Hiring Guide as a snapshot of what is perceived to be a sector-wide issue, the disparities are hard to miss.

If we dig a little deeper into the subject of equal pay, the yin and the yang of it all is in plain sight. On the one hand, 60% of participants believe their employer pays men and women equally – on the other, 20% simply don’t know whether their employer is fair in this regard.

Elsewhere, on the subject of inclusion, fewer respondents are “not sure” whether or not their employer champions equal rights (13%) compared to those who claim that more could be done by their bosses (14%).

Possessing the right skills is already paramount to a career in cloud computing, and as our Careers and Hiring Guide reveals, there are signs that the female population of that skill-set are growing increasingly disenfranchised.