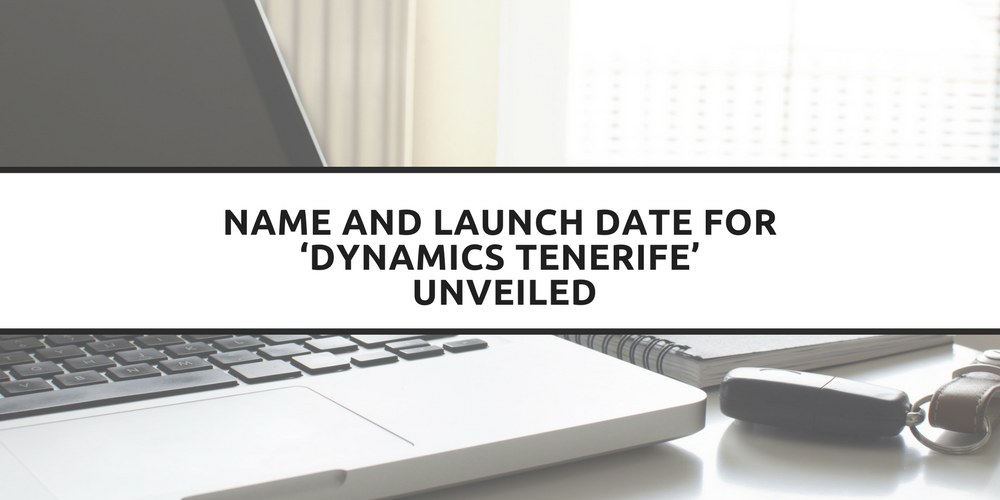 Microsoft has announced the name and release date of its new Dynamics 365 ERP app.

Previously codenamed Tenerife, the cloud-based app will be the Dynamics 365 suite’s flagship ERP app for small-to-midsize organizations. Touted as a new end-to-end business management cloud solution, Business Central is said to have been closely modeled on Dynamics NAV, and will boast similar functionality to the app’s latest edition, NAV 2018.

According to the Business Central webpage, the app will include functions encompassing financial management, manufacturing and warehousing management, supply chain automation, sales and customer service, and project and budget management.

In keeping with the update schedule of other apps in the Dynamics 365 family, Business Central will enjoy small-scale fixes and updates every month, with major updates expected every six months.

By doing away with the editions, Microsoft hopes to make Dynamics 365 more accessible, allowing businesses to choose the right apps for their current needs, without being shackled to a set plan.

The app will be available only through Microsoft Cloud Solution Providers, and will be rolled out initially to 14 countries: United States, Canada, United Kingdom, Denmark, Netherlands, Germany, Spain, Italy, France, Austria, Switzerland, Belgium, Sweden, and Finland. General availability is scheduled to hit Australia and New Zealand on July 1, 2018.

Priced slightly higher than its Business Edition predecessor, there are currently two versions of Business Central to choose from:

It is likely that a lite Team Member license — which costs $8 per user, per month for other Dynamics 365 apps — will also be offered for users who require only read, approval, and reports access, and use of employee self-service features.

Service management and manufacturing modules will be exclusive to Premium users.

As it will only be sold through Microsoft CSP partners, Business Central will not be available to purchase as part of one of Microsoft’s pre-set plans, though the vendor partner will have the option to deliver Business Central as part of packages of their own creation, alongside their own software or additional services.