If you’re headed North this Summer to WPC 16, you’ve probably got it marked in your calendar that the event is being hosted in ‘Boomtown’ Toronto, so Nigel Frank has put together a Toronto City Guide to help you have an even better experience at WPC 16.

Nigel Frank International are excited about being Silver Sponsors at the 2016 Microsoft Worldwide Partner Conference (WPC) and we look forward to the prospect of greeting over 15,000 visitors.

At WPC you will find the leaders and the visionaries of the IT industry all coming together to spur innovation and growth to new heights. Interact, network and meet with industry leaders from around the globe.

Visit Nigel Frank at Booth 623 in the Dynamics area!

If you’re headed North this Summer to WPC, you’ve probably got it marked in your calendar that the event is being hosted in ‘Boomtown’ Toronto, and features a great line-up of sessions. Toronto is currently remodeling itself as Canada’s largest premier modern city and is a fascinating place to visit. A favorite destination for both national and international travelers, Toronto is soaked in cultural history, stunning architecture and beautiful, natural outdoor surroundings. The real allure of WPC is its business partnership opportunities where thousands of IT experts and Microsoft Global Partners congregate to disseminate the latest solutions and shed light on Microsoft’s future vision and roadmap. Its networking and deal-making at its best, a truly unmissable event.

We’d like to help you strike the right balance between business and pleasure in a city blessed with Northern nights and city lights and there’s a myriad of ways to do this.

Whether you prefer to explore different aspects of Toronto’s cultural heritage or spend time checking out the local parks, infamous paths and gardens there’s a lot to see. In addition to experiencing the amazing attractions the city has to offer, there’s a plethora of cool cafes and delicious restaurants. Toronto is hot in July so be prepared as temperatures soar to around 31˚C/87˚ F. The time zone is (EST) Eastern Standard Time, UTC/GMT-5 hours. Here’s our City Guide highlighting some options to keep you occupied when you’re away from the hustle and bustle of the Convention Centre. 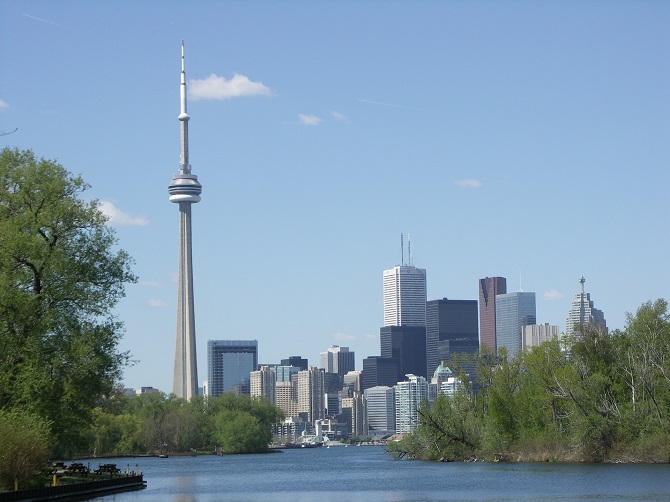 A modern architectural marvel, the CN Tower is a 553.33 m-high communications and observation tower situated in downtown Toronto. You can enjoy Toronto’s most spectacular views by day or night. There are two observation levels to explore of up to 1,136 ft./346 m, a world famous glass floor at 1,122 ft./342 m with an outdoor Sky Terrace. Edgewalk is CN Tower’s most extreme attraction. It is the world’s highest full circle hands-free walk on a 5 ft. (1.5 m) wide ledge enclosing the top of the Tower’s main pod, 356 m/1168 ft. (116 storeys) above the ground.

Officially opened in March 1914, and known as ROM, The Royal Ontario Museum is the museum for art, world culture and natural history in Toronto. It is the largest museum in Canada, and attracts over one million visitors every year. Exhibits range from dinosaurs, to ancient Egyptian artifacts, Canadian history and includes a biodiversity gallery. 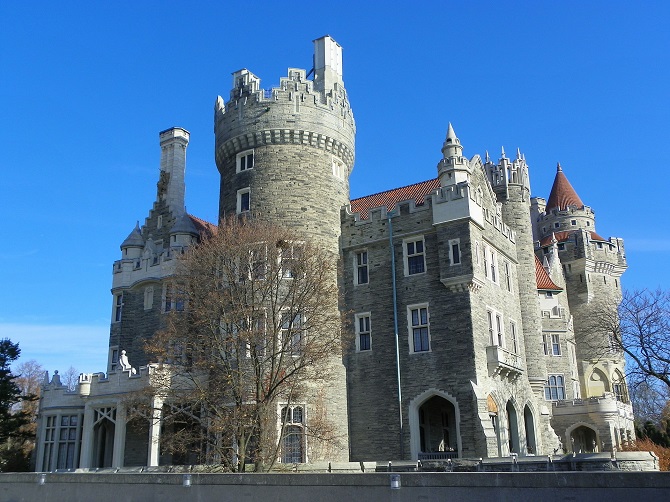 Casa Loma is an impressive Gothic Revival style castle and gardens, constructed around 1911 and located in midtown Toronto. It is now a famous historic architectural landmark and museum where you can experience the elegance and splendor of the Edwardian era, tour through stables, secret passages and tunnels and witness spectacular city views from its unique towers.

Toronto’s premier zoo is famous for its interactive educational experiences and conservation exploits. Award-winning exhibits include the Giant Panda Experience, where you can see the only two giant pandas in Canada, the Great Barrier Reef and Eurasia Wilds.

The iconic Ontario Science Centre’s mission statement is to “delight, inform and challenge visitors through engaging and thought-provoking experiences in science and technology” A must-see cultural attraction with over 500 exhibits, live demonstrations, and Toronto’s only public planetarium and IMAX® Cinema located in its dome theatre. 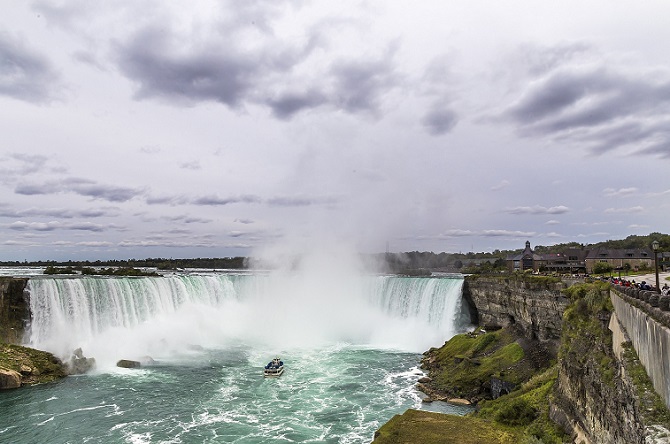 Towering a staggering 51 m in height across the Rainbow Bridge and Whirlpool Rapids Bridge with close to 750,000 gallons of water a second hurtling down its curved cliffs is Niagara Falls.  From Toronto, it will set you back 90-minutes by car, but Niagara Falls is well worth the trip! It’s an absolute show stopper and definitely an attraction that should be on your bucket list. Get up close and personal and take in views from the top of the Falls, the Table Rock site lets you stand barely a metre from the edge of Horseshoe Falls, or enjoy the thrill of heading into the Falls themselves with an experience called Journey Behind the Falls, descending 38 metres through solid rock in a lift to stand up close and personal to the curtain of water. If flying is your thing you can take a helicopter excursion and soar to picturesque heights over the Falls.

Stay tuned for more content from us ahead of WPC 2016 and be sure to follow along with us on social media.